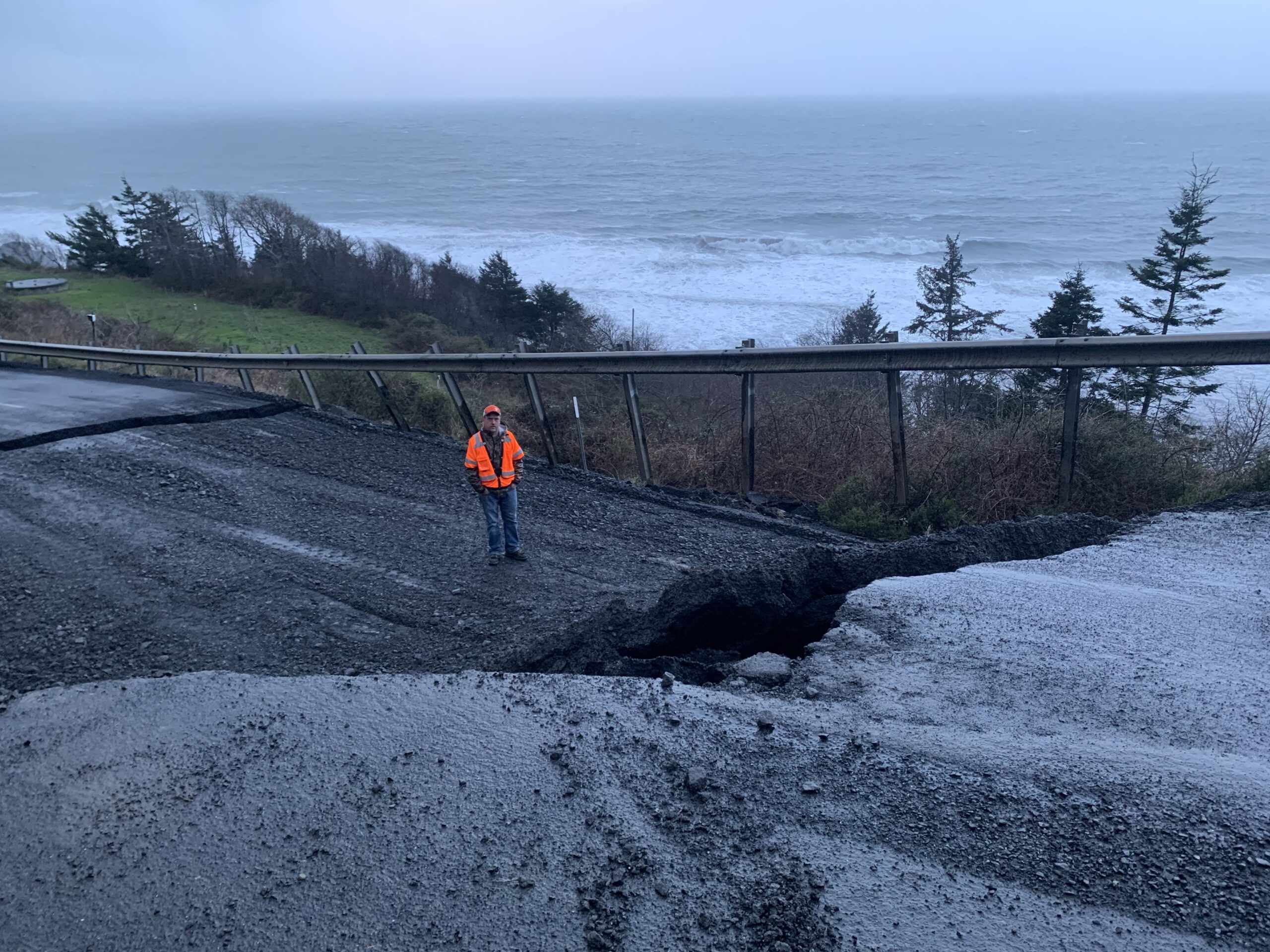 *** 101 Closed South of Port Orford Due to Landslide ***
U.S. Highway 101 is closed about 12 miles south of Port Orford after an early morning landslide. The landslide caused a roughly 200-yard segment of highway to drop as much as 12 feet in some spots.
U.S. 101 remains closed this afternoon near the landslide while geotechnical engineers evaluate the scene and watch for additional movement.
ODOT does not have an estimate yet for when the highway may reopen. There is no local detour on this stretch of U.S. 101. This closure applies to emergency services, too.
ODOT crews first noticed landslide activity on Jan. 2, when large cracks formed in the pavement. The cracks were patched, but by Friday, a sunken hole had formed in the northbound lanes, prompting a lane closure and 24-hour flagging for traveler safety.
Around 3 a.m. Monday, a larger section of U.S. 101 sank about five feet, and ODOT closed the highway. U.S. 101 continued to drop through mid-morning, although the movement has slowed as of noon.
Active landslides are common on the south coast. ODOT monitors multiple active landslides between Port Orford and Ophir. This active landslide, known as the “Arizona Slide,” has had events like this since the 1980s. The last big Arizona Slide event occurred in 1993 and closed U.S. 101 for over a week.