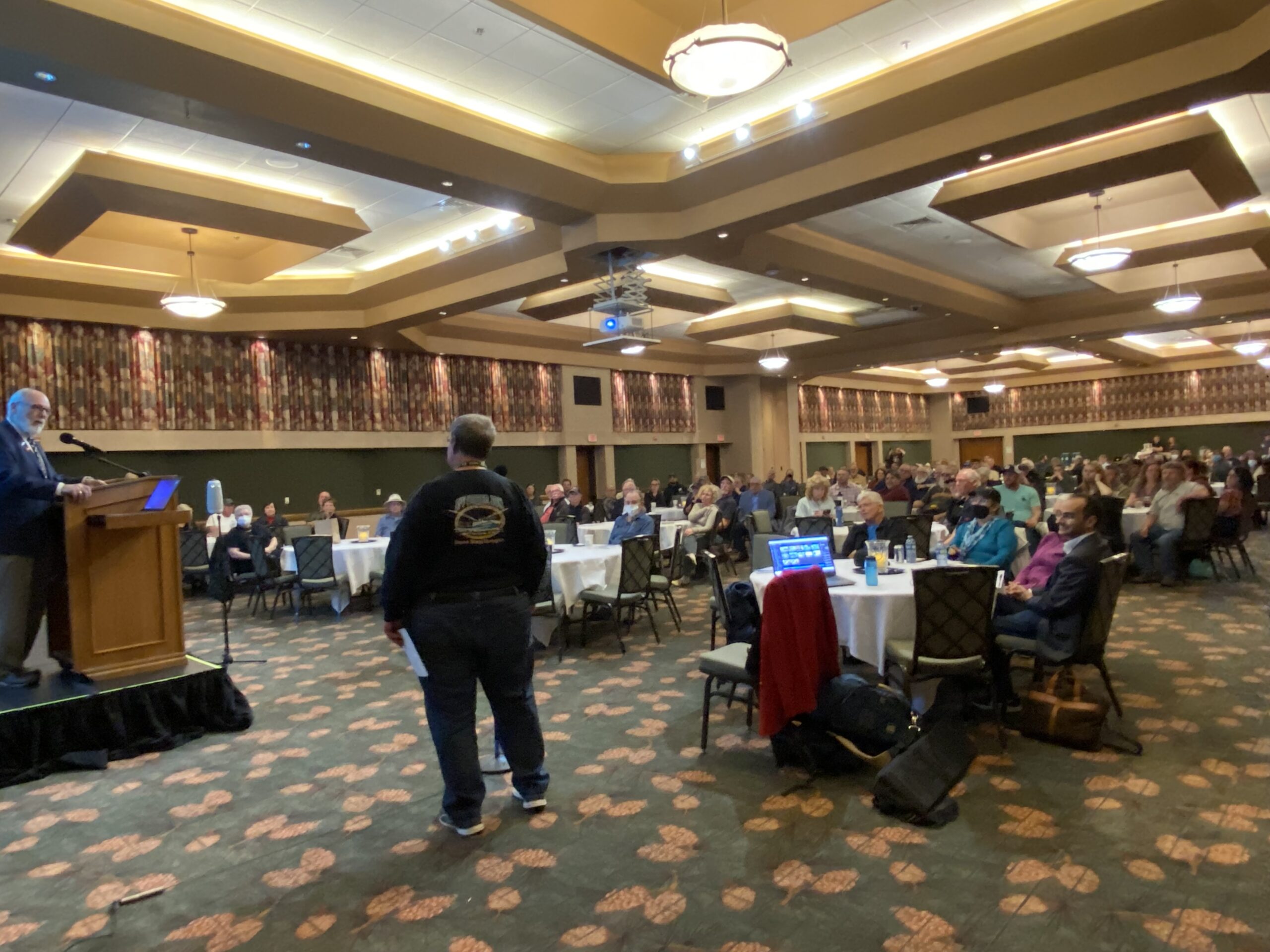 Over 125 people are attending a Community Round Table regarding Call Areas for Offshore Wind Energy. The proposal is the first of its kind for Oregon and comprises 1.1 million acres between the Coos Bay and Brookings sites. The listening session at the Mill Casino is an opportunity for local and state stakeholders to discuss the impacts of the Bureau of Ocean Energy Management’s proposal. A common theme resonating from the group is the process is flawed, backward, and lacks research and transparency. Others were concerned about the impact on one of the most productive ecosystems in the world. Some called it dangerous with serious impacts on marine life, industry, and economies. Nick Edwards representing the Shrimp Producers Marketing Cooperative says wind energy development was supposed to happen farther offshore to lessen impacts, but these are much closer to shore. Others warned wind energy not done responsibly can have dire consequences. Marine biologist Jan Hodder says costs,  speed, and how much carbon can be reduced from the area must be considered. She added floating offshore wind is the most expensive and takes a long time to have an impact. In the end, most agreed BOEM needs to take into consideration if it’s right for Oregon. Several smaller meetings are being planned to make sure stakeholders have information and opportunities to comment. The Call Areas were published in the Federal Register on April 29th. The comments will be accepted until June 28th.