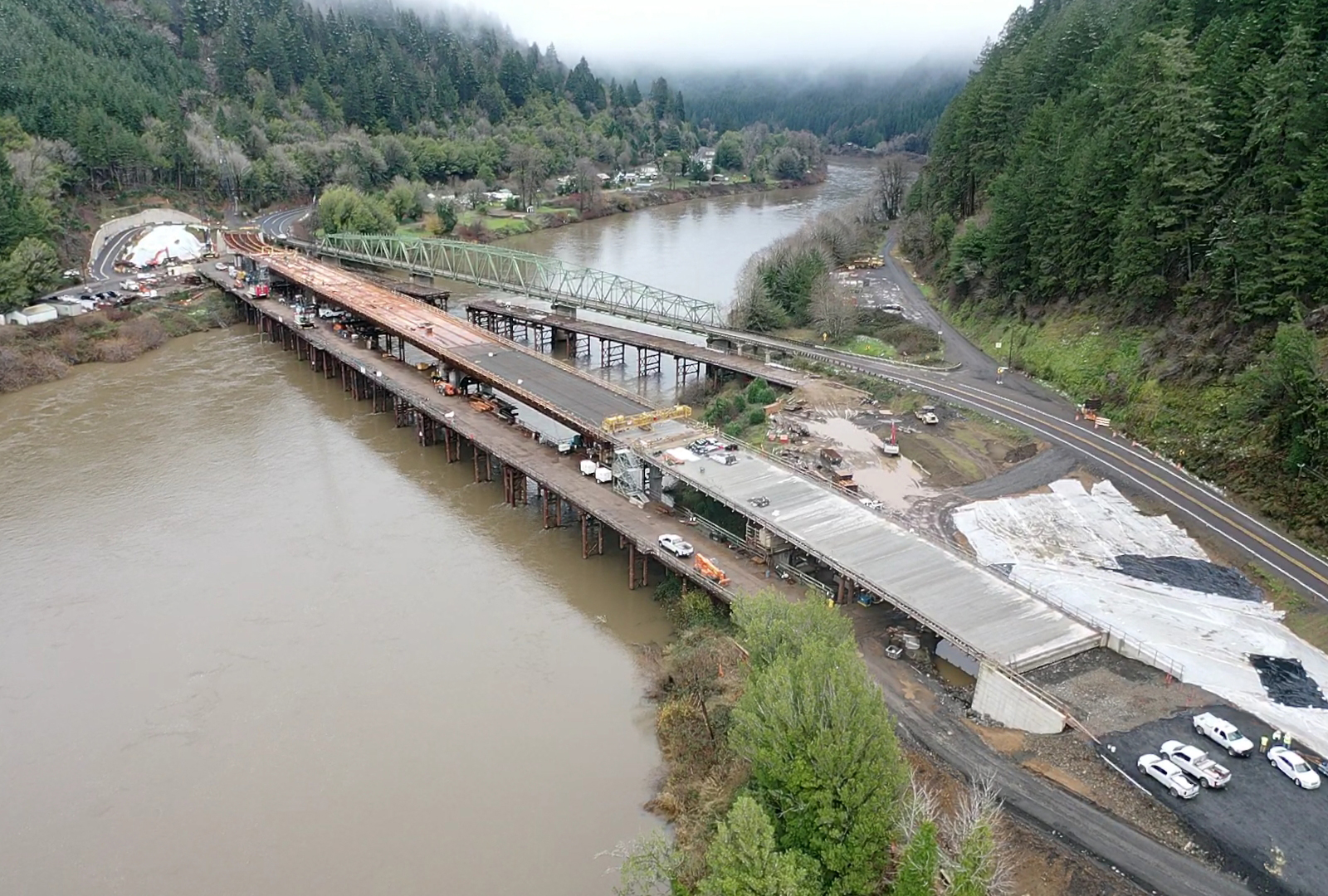 Scottsburg Bridge will be limited to one lane with a temporary signal providing traffic control over the next two months. Oregon Department of Transportation officials stated that most delays will be less than five minutes. The lane closure is due to construction on the north roadway approach to the bridge. The 43-million-dollar project began in early 2019 and officials believe traffic will switch to the new bridge by late spring or early summer.