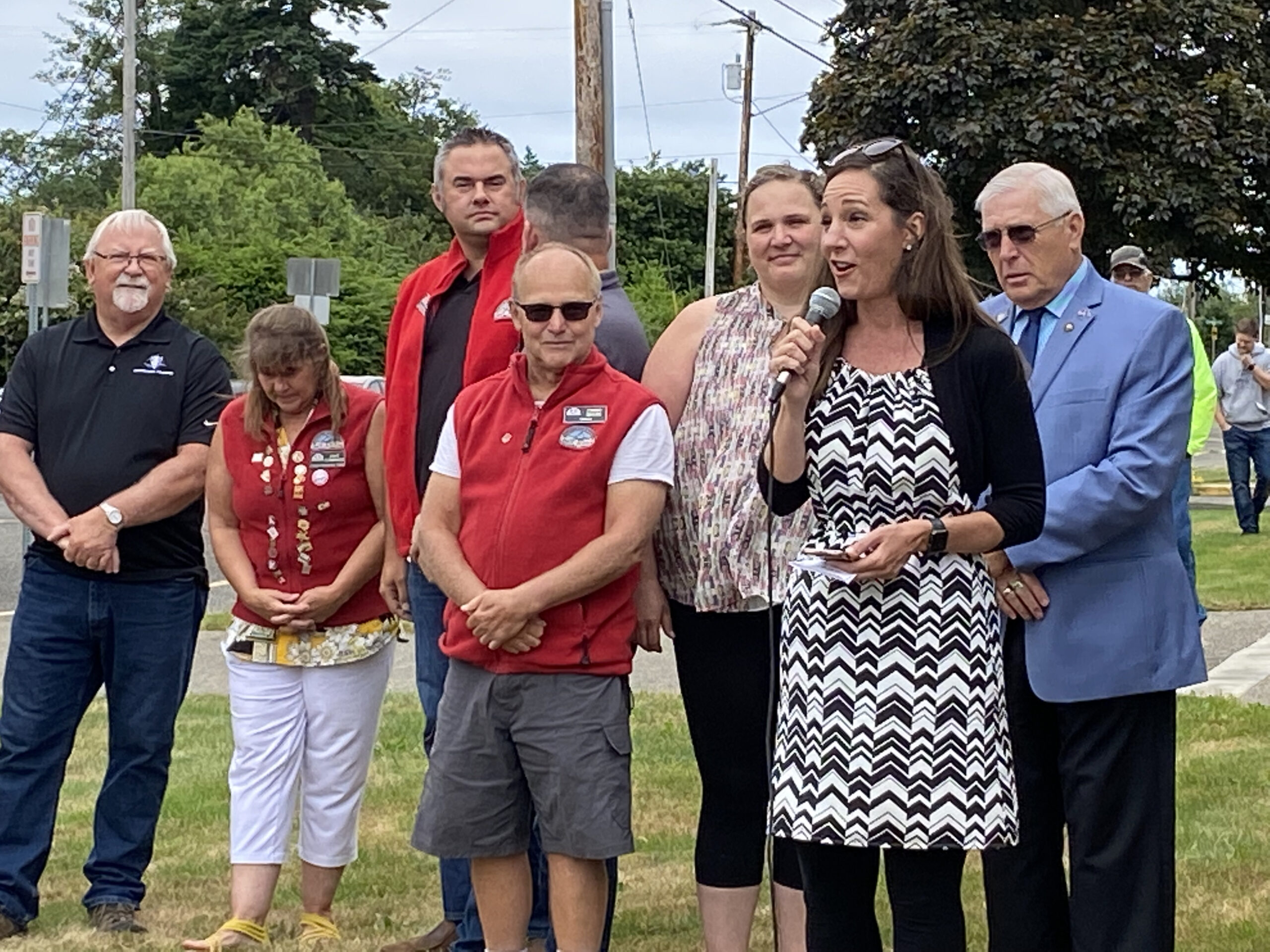 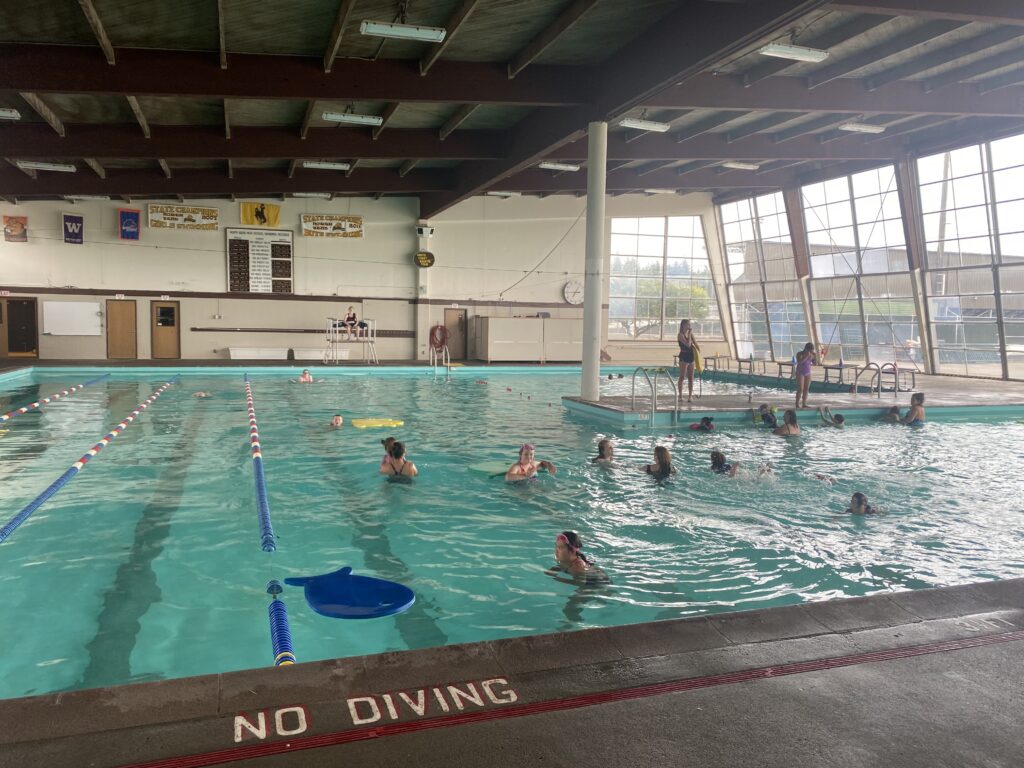 The North Bend community celebrated the opening of the North Bend Municipal Pool after it was closed in March last year.  Voters passed a 5-year levy to fund the operation and maintenance of the pool. That allows the city to take care of deferred maintenance that includes replacing the original boiler system to heat the pool put in place in 1956. The pool opened in 1957 and has served generations of area citizens.  The city announced last month it had received a grant that will fund operation through the summers months and allow free use of the pool. At the ribbon-cutting and official opening on Thursday, July 1, Mayor Jessica Engelke said that extends to training and swimming lessons.  North Bend Firefighters assisted in the celebration by preparing free “Fire” dogs for the public. The pool will remain open until September when it will be closed for major repairs.