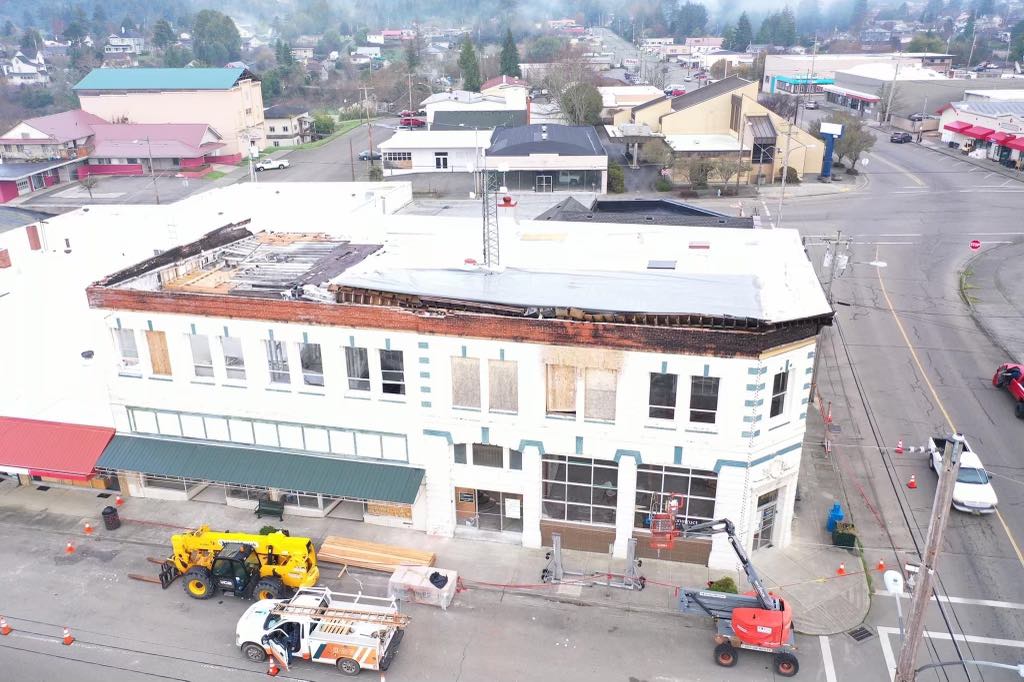 Crews have shut down two major roads in downtown Coquille while an assessment is done on an iconic building that is at the center. The former Sentinel Building which is also known as the Sherwood or First National Bank building was damaged in a windstorm last week. The building was hit by a 75 mile per hour wind gust that lifted a portion of the roof and folded it over on the remaining roof. The owner, Paul Recanzone who is refurbishing the building, was working on a repair and noticed major cracks and stress fractures in the side of the building. The latest damage will be evaluated by an engineer before work continues. Mayor Sam Flaherty says the city has shut down portions of East First Street and North Central around the building because of concerns about a connected building and others that could be in jeopardy across the alleyway. Following the storm, volunteers worked 30 hours to move library books that were in storage and at risk of being damaged. Recanzone has planned to refurbish the building to house businesses on the first floor and affordable housing one-bedroom apartments on the second floor.
Photo Credit: Dan Billings 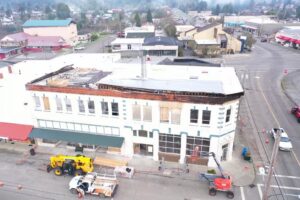 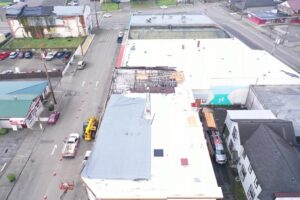